MUHARRAM
Muḥarram (Arabic: مُحَرَّم‎) is the first month of the Islamic calendar. It is one of the four sacred months of the year during which warfare is forbidden.[caption id="attachment_2362" align="aligncenter" width="600"]<img src="https://vedantinternationalschoolnikol.org/wp-content/uploads/2019/07/Muharram_Taziya_pro[caption id="attachment_2362" align="aligncenter" width="600"] 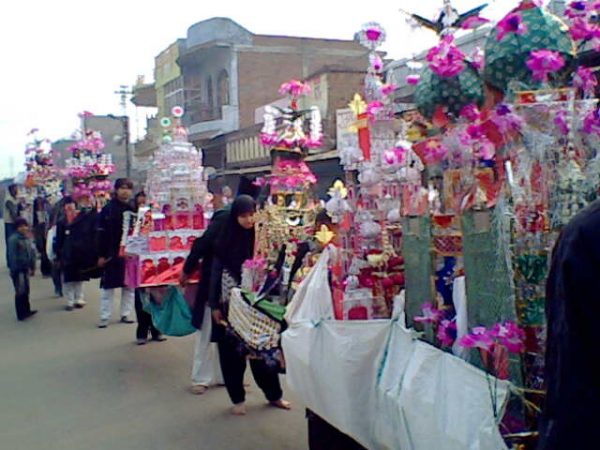 The tenth day of Muharram is known as the Day of Ashura, part of the Mourning of Muharram for Shia Muslims and a day of fasting for Sunni Muslims. The practice of fasting during Ashura stems from the hadith that Musa (Moses) and his people obtained a victory over the Egyptian Pharaoh on the 10th day of Muharram; accordingly Muhammad asked Muslims to fast on this day and on the day prior, the Day of Tasu'a.

Shia Muslims mourn the death of Ḥusayn ibn ʿAlī and his family, honoring the martyrs by prayer and abstinence from joyous events. Shia Muslims do not fast on the 10th of Muharram, but some will not eat or drink until zawal (afternoon) to show their sympathy with Husayn.[3] In addition there is an important ziyarat book, the Ziyarat Ashura about Husayn ibn Ali. In the Shia sect, it is popular to read this ziyarat on this date.